A waterside look at the approach to Zaanse Schans, known for its historial authenticity and antique windmills. This is a popular day trip for Amsterdam visitors. .From Wikipedia: " Zaanse Schans is a neighbourhood of Zaandam, near Zaandijk in the municipality of Zaanstad in the Netherlands, in the province of North Holland. It has a collection of well-preserved historic windmills and houses; the ca. 35 houses from all over the Zaanstreek were moved to the museum area in the 1970s. The Zaans Museum, established in 1994, is located in the Zaanse Schans..The Zaanse Schans is one of the popular tourist attractions of the region and an anchor point of ERIH, the European Route of Industrial Heritage. The neighbourhood attracts approximately 900,000 visitors every year..The windmills were built after 1574.".Also from Wikipedia: " Along the river Zaan, you can find still dozens of original windmills (mostly entirely made of wood), still technically functioning, some of them over 350 years old. Next to these there are many 19th century stone industrial buildings, nowadays derelict or converted into apartments, but still recognisable as industrial buildings.". 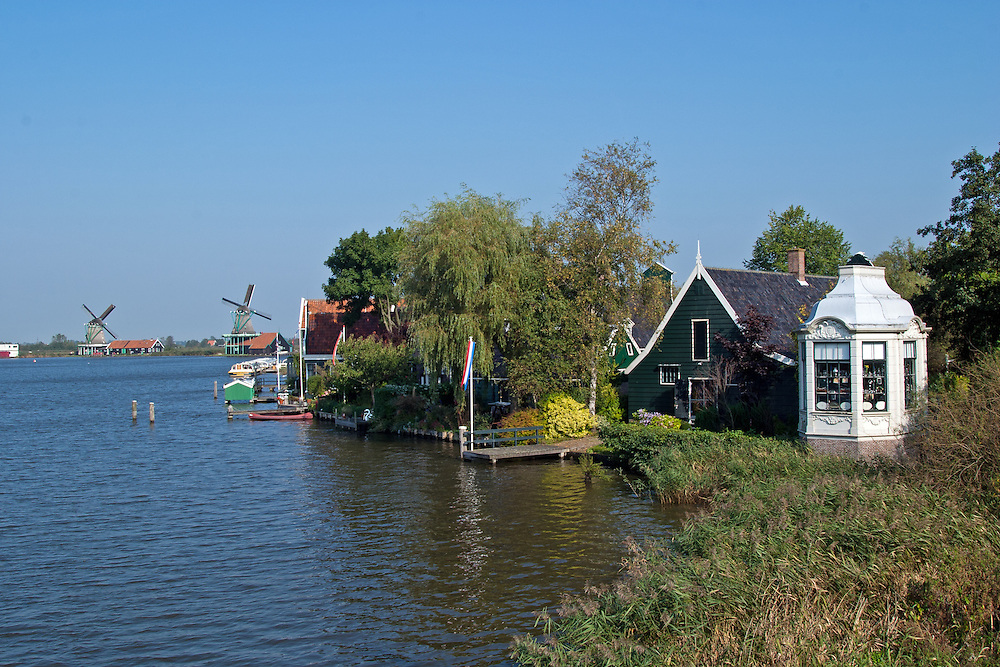