Amsterdam, Holland: Numerous kinds of psychoactive stimulants are widely available in this anything goes city. This canal-side advertisement was found on the Oudezijds Achterburgwal, in the heart of the red light district...This advertisement clearly states "sclerotia." (From Wikipedia: "A sclerotium (plural sclerotia) is a compact mass of hardened fungal mycelium containing food reserves. One role of sclerotia is to survive environmental extremes. In some higher fungi such as ergot, sclerotia become detached and remain dormant until a favorable opportunity for growth. Other fungi that produce sclerotia are prominent pathogens for canola crops. These and related fungi are generally controlled through the use of fungicides and crop rotation...Sclerotium is a dark mass of mycelium that replaces grains which have been infected with the pathogenic fungi Claviceps purpurea. Sclerotium contains alkaloids that, when consume, can cause ergotism which is a disease that causes paranoia and hallucinations, twitches, spasms, loss of peripheral sensation, edema and loss of affected tissues. ".. 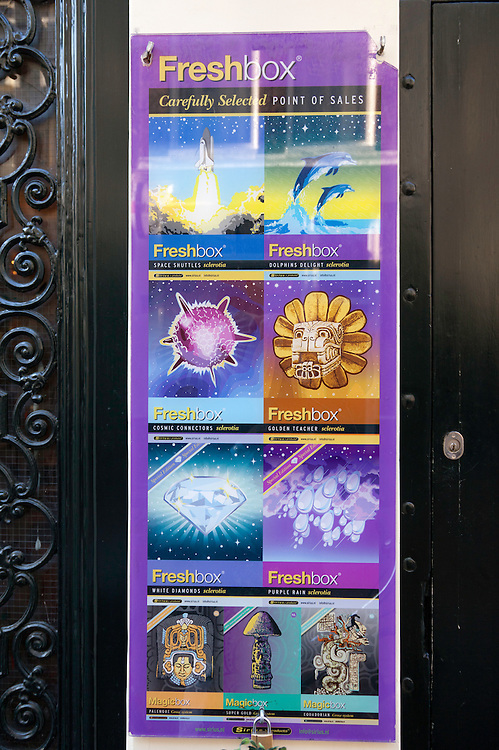