A lace half-curtain, typical of Marken's early days, gives an accurate view of history in this small fishing village, now a popular day excursion from Amsterdam...From Holland.com: "he village of Marken was separated from the mainland after a storm surge in the 13th century. A centuries-long period of isolation followed for the community which made their money with fishing. These days, tourism is a major source of income.. "The typical houses and the traditional costumes are reminiscent of the past. In the old days, the island was flooded quite regularly. For this reason, houses were built on stilts and on mounds. The dike, which was constructed in 1957, once more links the island to the mainland.".. 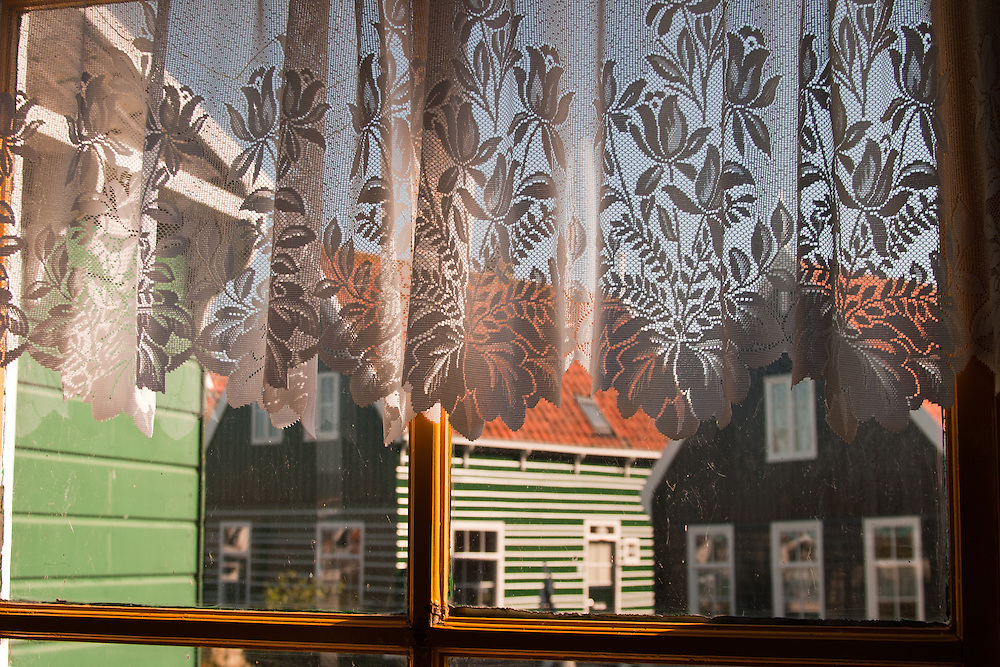